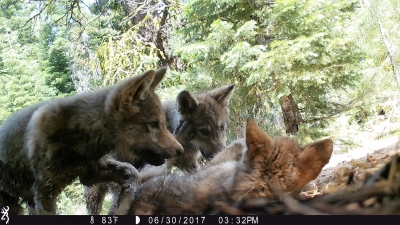 July 31, 2019 (Lassen) – Like the grizzly bear, wolves were exterminated from Califiornia in the 1920s. But now they are making a comeback.

In the past several years, wolves have crossed into northern California from Oregon—and several litters of wolf pups have been born.  In 2014, gray wolves received endangered species protection status from the state of California.