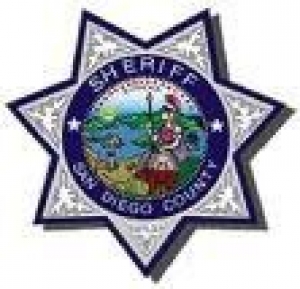 March 4, 2021 (Poway) – The Sheriff’s department is investigating the dragging death of a pedestrian that occurred yesterday morning in Poway.

Deputies responding to a radio call of a pedestrian struck by a vehicle around 9:38 a.m. behind a strip mall in the 133300 block of Poway Road found a dead woman who had been run over by a semi-tractor trailer.

According to Sergeant D. Toner, “It appears the semi-tractor trailer was traveling northbound on the delivery access road behind the businesses…The female was dragged approximately 50 feet before being run over.”

The Sheriff's Traffic Accident Reconstruction (S.T.A.R.) Team was called to the scene to assist in the investigation.  Alcohol and/or drugs are not believed to be a factor in the collision.