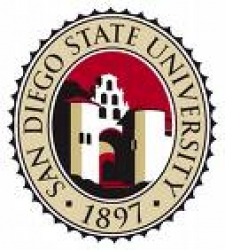 One of the suspects told her to get into the vehicle, but she was able to break free and run away.

The suspects are described as adult men about six feet tall, one with a muscular build.

SDSU Police Department advises students to be aware of your surroundings, walk in groups and report suspicious activity immediately.   The campus police department also provides safety escorts at night for students who call 619-594-6659.