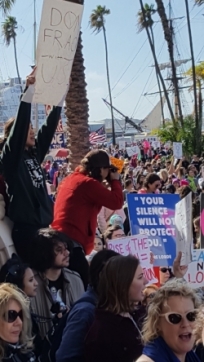 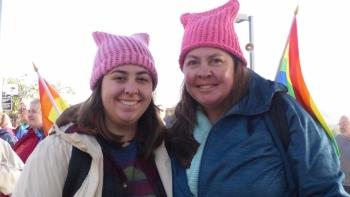 Photo, left:  Women's marchers at the embarcadero in San Diego

Major media outlets estimate some 40,000 marchers in San Diego joined millions more across the U.S. in what CBS reports was the largest protest in U.S. history.  Some participants estimate there were over 100,000 marching in San Diego; another 10,000 marched in North County. Other cities around the globe also drew huge crowds.

Women and men,  young and old, straight and gay, white, black and Latino –and all shared one common goal:  forging a resistance coalition opposed to policies of President Donald Trump that would weaken rights and freedoms for  women, minorities, and many other American.