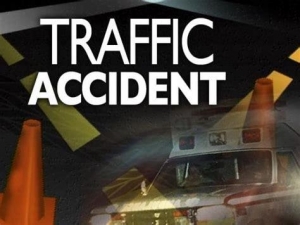 March 13, 2021 (El Cajon) – A Middle Eastern man in his 20s was struck and killed by a gray Infinity shortly before 10 p.m. last night while crossing South Anza Street to enter his parked car. According to Lt Jason Taub with the El Cajon Police Dept., the victim was thrown approximately 180 feet from the collision site and died at the scene.

The vehicle, a 2020 4-door gray Infinity, was traveling at a high rate of speed, according to witnesses. After hitting the pedestrian, the Infinity collided with a parked car in the 800 block of Anza.

Officers responding to a call reporting the collision with the parked car found the deceased man nearby, lying in an adjacent yard.

“The driver of the Infinity remained on scene and has been cooperative with investigators. At this point in the investigation, alcohol or drugs are not suspected to be a factor in the collision,” Lt Taub says.

The city of El Cajon has had a high number of pedestrian fatalities in recent years. ECPD reminds those who walk day or night to obey all traffic control devices, only cross the street at designated, controlled intersections, and wear bright or light colored clothing for visibility.