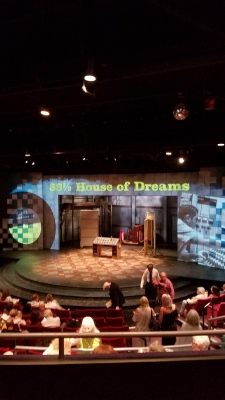 By Caley Hernandez and Eva Anderson

August 5, 2019 (San Diego) - San Diego Repertory Theatre brings 33 ⅓ House of Dreams to the stage at the Lyceum Theatre downtown this August and promises a fun show filled with music and history.

Before the performance begins, you have a chance to explore the lobby and read the history of David Gold and Stan Ross of Gold Star Recording Studios and even participate in some trivia!  Of note, the show is the brainchild of Ross’ son, San Carlos dentist Brad Ross, and La Mesa teacher/psychologist Jonathan Rosenberg, as ECM previously reported.)