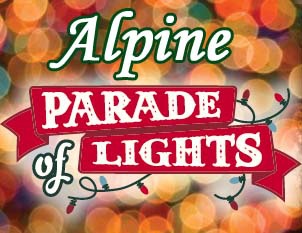 East County News Service
November 25, 2019 (Alpine) – The 24th annual Alpine Village Christmas Parade of Lights and Snow Festival is slated to light up the holiday season and delight guests of all ages on Friday, December 6th. The parade rolls out at 6:30 p.m. at the corner of Alpine Blvd. and West Victoria Drive, ending at Tavern Road.  The free snow festival – with real snow and sledding – is at the Alpine Community Center at 1830 Alpine Blvd after the parade, until 9 p.m.
Arrive early, since Alpine Blvd. will close down for the parade. Bring a chair and blanket to enjoy the lighted entries. At the snow festival afterwards, in addition to “snow hill” you’ll find vendors, food, music and a visit from Santa Claus. 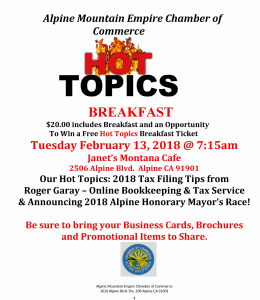 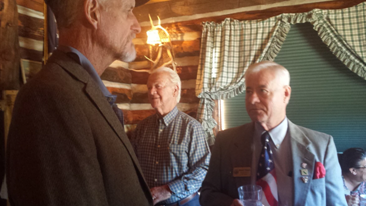 Photo, left and inside photo:  Henderson and Voepel speak after the breakfast

August 9, 2017 (Alpine) -- “Frank asked me to not get political and keep it positive. I'm going to fail him miserably,” said state Assembly member Randy Voepel. He addressed the Alpine Mountain Empire Chamber of Commerce at their monthly Hot Topics Breakfast at the request of Frank Sturnold, the interim executive of the Chamber while a restructuring is underway. 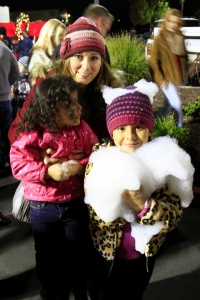 Photos courtesy of the Alpine Sun 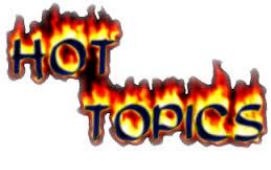 May 5, 2016 (Alpine) - The Alpine-Mountain Empire Chamber’s “Hot Topics” breakfast will be at Mike Place, 1602 Alpine Blvd. on May 10th at 7:15 a.m.  This month’s breakfast features two speakers: Christine Connell with the Alpine Library Friends Association and Jefferson Baker, the Acting Branch Manager of the Alpine Library. 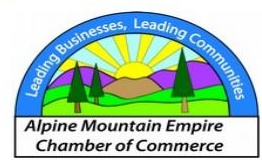 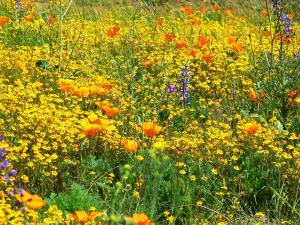