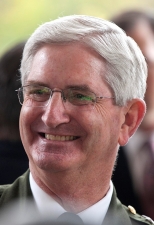 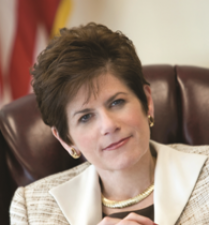 This program, which started with the federal war on drugs, has evolved to the point that the law agencies share the assets that they seize, with 80% of the value staying with the local agency.

East County Magazine did a public records request to find out how much funding the San Diego Sheriff’s office has received as their share of assets seized.  Since 2004, the Sheriff has retained $16 million from total assets seized under the program, averaging $1.5 million a year.

The Sheriff’s office also advised ECM that in nine cases, assets were returned to individuals found not guilty.

What is the legal background in San Diego?

As recently as 2011, the County Board of Supervisors last revised the policy. It reads in part:

FORFEITED CASH ASSETS. The moneys received by the Sheriff’s Asset Forfeiture Program established by this section, the moneys received from the sale of any seized tangible assets, and any interest thereon (pursuant to Government Code Section 53647(b)) shall be deposited into the Sheriff‘s Asset Forfeiture Fund within the County Treasury and shall be used in conformity with the Comprehensive Crime Control Act of 1984 and the United States Department of Justice Guide to Equitable Sharing for State and Local Law Enforcement Agencies and California Health and Safety Code Section 11489. The Fund may be applied to payment of any liens or other costs of acquisition associated with the transfer of the forfeited noncash assets.

This means that the Sheriff department locally has more supervision than some other law enforcement agencies around the country, and does have to account for where these funds wind up.

Property enters the list of assets that the County has. There is criticism of these programs around the nation. A lot of departments have these funds literally go into a black hole where funds are used for departmental needs without any supervision. This has led to abuse in some cases. While not impossible here, such abuse is less likely due to the County’s oversight.

In reality, from $1.5 million per year is a minor part of the Sheriff’s office budget.

The District Attorneys office has also benefited from the asset sharing program, taking in nearly $2 million over the past five years, UT San Diego reported in May.

But DA Bonnie Dumanis drew scrutiny after the U.S. Department of Justice withhold $30,000 in grants to the County because the DA’s office spent some funds from asset seizures in legal research for a prosecutor trade group.

American Civil Liberties Union spokesman Margaret Dooley-Sammuli says the expenditure was questionable because the district attorney’s group has used funds for political purposes such as advocating or legislation that are not direct law enforcement expenses.

Programs have also drawn scrutiny elsewhere for placing a financial burden on individuals who had assets such as cash found in routine motor vehicle stops seized without evidence that the money was used in a crime.

As the war on drugs becomes less popular and national scrutiny is increasingly cast on the shared assets program, it may be increasingly hard to justify in the future.

This simple act has put the U.S.A. in the position of officially being a police state. If you do not belive this Google the subject and get educated on how law enforcement all over this country is taking the assets of innocent people. San Diego County law enforcement budget this year finally went over the 1 BILLION $ mark. Be afraid. Be very afraid!
...a new phrase for "theft by government."
WaPo: Asset seizures fuel police spending Police agencies have used hundreds of millions of dollars taken from Americans under federal civil forfeiture law in recent years to buy guns, armored cars and electronic surveillance gear. They have also spent money on luxury vehicles, travel and a clown named Sparkles. Brad Cates, a former director of asset forfeiture programs at the Justice Department, said the spending identified by The Post suggests police are using Equitable Sharing as “a free floating slush fund.” Cates, who oversaw the program while at Justice from 1985 to 1989, said it has enabled police to sidestep the traditional budget process, in which elected leaders create law enforcement spending priorities. “All of this is fundamentally at odds with the U.S. Constitution,” said Cates, who recently co-wrote an article calling for the program’s abolition on The Post’s editorial page. “All of this is at odds with the rights that Americans have.” Of the nearly $2.5 billion in spending reported in the forms, 81 percent came from cash and property seizures in which no indictment was filed, according to an analysis by The Post. Owners must prove that their money or property was acquired legally in order to get it back. http://www.washingtonpost.com/sf/investigative/2014/10/11/cash-seizures-fuel-police-spending/