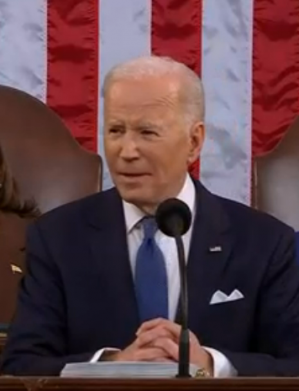 Part 2 of our State of the Union coverage

View Part 1, on the U.S. response to Russia’s invasion of Ukraine

March 3, 2022 (Washington D.C.) –  “We meet tonight in an America that has lived through two of the hardest years this nation has ever faced,” President Joe Biden stated during his State of the Union speech on March 1st.  Those two years have seen Americans struggling amid a global pandemic, inflation, an assault on the U.S. capitol, and now a war in Europe that has ratcheted up tensions.

After an in-depth discussion of the Ukraine war, Biden pivoted to his domestic agenda, unveiling several ambitious proposals to address our nation's challenges as well as highlighting some successes during his first year in office.