April 26, 2016 (Sacramento) – The California Assembly has approved Assembly Bill 1594, a measure touted as banning smoking and vaping on all California State University and community college campuses statewide (smoking is already banned at the University of California). But as written, this measure also appears to outlaw smoking marijuana including medical marijuana, even in the privacy of one’s dorm room or vehicle on campus. 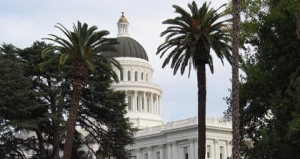 May 20, 2015 (Sacramento)--Governor Brown has unveiled a $115.3 billion proposed budget for California. If approved by the Legislature, his plan would create a new state tax credit to help the working poor. It would also boost funding for the California State University system and free tuition at the University of California for in-state students. The Legislature has until June 15th to approve a budget for the Governor’s signature.