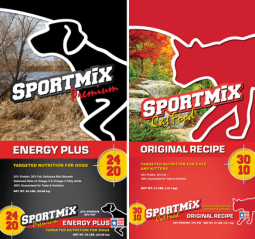 December 31, 2020 (Washington D.C.) – Sportmix dog and cat foods have been recalled after 28 dogs died and at least 8 were sickened, the U.S. Food and Drug Administration announced yesterday.  Tests found very high levels of aflatoxin, a toxin produced by mold on grains used in pet foods.

The products were sold through major retail stores and online nationwide.The Sportmix products are made by Midwestern Pet Foods. So far, nine lots are being recalled, but testing is being done to determine if more may also need to be recalled; ECM advises against using any Sportmix products.

These are the products recalled so far: