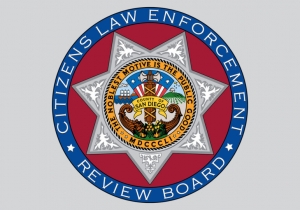 March 4, 2021 (San Diego) -The County Board of Supervisors received the 2020 Annual Report from the Citizens’ Law Enforcement Review Board after a presentation from its executive officer Tuesday.

CLERB was established in 1990 to investigate citizen complaints against San Diego County Sheriff’s deputies and probation officers. CLERB also has the authority to review all deaths that occur in custody or in connection with the two departments without a complaint.

The review board makes advisory findings on complaints, and recommends policy and procedure changes to the Sheriff, Chief Probation Officer and the Board of Supervisors.

This past year, the Board of Supervisors increased CLERB’s independence by moving it from the County’s Public Safety Group to the Finance and General Government Group, strengthened its oversight, and authorized added funding and staffing.

CLERB now has the authority to investigate, without public complaints, any incidents that involve County custodial, Sheriff’s or Probation officers and the discharge of a firearm, use of force resulting in great bodily injury, or use of force in protests or other events protected by the First Amendment.

The CLERB board itself includes 11 members, two from each of the five supervisorial districts and one at-large member. Applications for a pending vacancy in District 1 are being accepted now.

The board is supported by an office staff. Employees include an executive officer, an administrative assistant and three investigators. The number of investigators is expected to double to six next month.

The next CLERB meeting takes place virtually on March 9. The public can watch or listen to it virtually and make comments after filling out a request to speak form.

CLERB meetings are scheduled on the second Tuesday of each month.