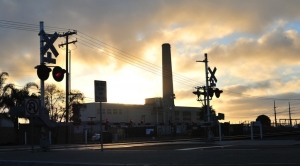 According to Bill Powers, a  board member with a member of the Protect Our Communities Foundation (POC), “Solar installations on rooftops and parking lots are booming in San Diego and this solar serves the same need with no climate impacts.” A California Public Utilities Commission (CPUC) administrative law judge, Halie Yacknin, recommended the commission wait until they had an opposing bid from the clean tech sector. The CPUC approved the project anyway, in a 4-1 vote on May 21.  The POC, Sierra Club California and California Environmental Justice Alliance are all expected to file an administrative application for a rehearing.

The application will be filed sometime in June or July, after which the Commission has 60 days to act. If they do not reverse their decision, the parties still have the option of petitioning an appellate court to review the case.

NRG expects to start construction of the new 500 MW Carlsbad peaker plant facility in 2016. It should be operational before the old Encina plant (pictured at the top of this page) is retired in December 2017.

According to Powers, the green house gas emissions the Carlsbad facility  produces will be the  equivalent to putting nearly 160,000 more cars on the roads.

There have been accusations of backroom deals. Prior to being appointed President of the CPUC, Michael Picker, met with  leaders of state agencies and the California Independent System Operator.  An NRG representative met with commission Picker’s chief of staff in early March and Picker publicly endorsed a  modified plan for the Carlsbad Energy Center on April 6.

“This decision is just more of the same from the CPUC. What they did today will lock San Diego into paying for a multi-billion dollar gas plant, a proposal that was drafted behind closed doors. By allowing this gas plant to be built, we are stifling San Diego’s clean energy potential, job growth, and ambitious efforts to reduce pollution that exacerbates health issues and climate change. With Governor Brown touting California’s ambitious new greenhouse gas goals to the international community, back at home the CPUC continues to direct billions of dollars toward outdated energy sources and undermine our state’s clean energy future,” said Matt Vespa, of the Sierra Club’s My Generation Campaign

“This decision is an unnecessary gift to the developer. The governor just ordered state agencies to take badly needed action on climate change, yet the commissioners are allowing yet another high cost, technically unjustifiable fossil fuel-fired plant to move forward. This is a big, costly, polluting step in the wrong direction,” said Powers.

He added, “The San Diego area is overbuilt with fossil fuel power plants and there is little demand growth,” he said. “San Diego is the number two solar city in the US, and we’ve got the sunshine to get to first place. When rooftop solar is combined with the emerging energy storage solutions – like lower-cost home and industrial batteries – we can help solve the climate crisis, save money and create good jobs in the process.”

Not decisive by any means, but certainly a step in the right direction.