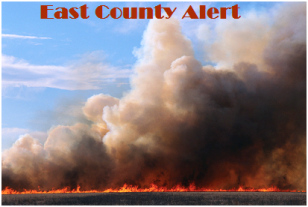 Bortissier confirmed that a second fire is burning in Cleveland National Forest near Cameron station. USFS has not yet responded to our call requesting details. 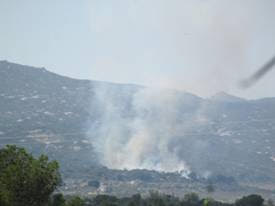 That's because the Forrest Service has no budget for PR people. Unlike Cal Fire, funded by the County. They have LOT'S of PR people.

it's on getting word out about emergencies in real time.  Both the USFS and CHP could use more of this -- we usually hear about emergencies in their jurisdictions from non-official sources first, and most of the time never get any notice from these agencies while an emergency is occurring, whether a fire or accident.

Cal Fire's PIO is state-funded, by the way - at least in part; they were notifying media and the public via alerts before the merger with the County Fire Authority.