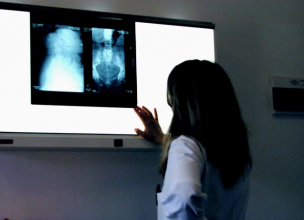 June 23, 2017 (Sacramento) --  Health advocates warn the Senate GOP bill to repeal and replace Obamacare would cause millions of Californians to lose their healthcare - by phasing out the Medicaid expansion and then capping the program altogether.

The "Better Care Reconciliation Act" or BCRA, lifts the government mandate for people to have insurance, and lets states allow insurance policies that exclude services like maternity and mental-health care.

Anthony Wright, executive director of the nonprofit Health Access California, says the bill would harm many different groups.  "It still eliminates the Medicaid expansion that 4 million Californians depend on," he says. "But it also has a harsher cap on the entire program, which 14 million Californians depend on - including a third of the state, half of all children, and two-thirds of all nursing-home residents."

The Senate bill also lets insurance companies charge Americans ages 50 to 64 five times what younger people pay, compared to the current limit of three times. And it lifts a ban on charging much higher premiums to people with preexisting conditions.

Supporters of the BCRA say it will reduce the federal deficit and give people access to lower-cost plans that cover fewer health benefits.

The Congressional Budget Office said the House version of the healthcare overhaul would cause 23 million Americans to lose their insurance over the next 10 years - its analysis of the new bill is expected on Monday.

Wright predicts the Senate version will decrease access to healthcare on a similar scale.

"From just a pure numbers point of view, this is an over $800 billion cut to Medicaid to fund a $900 billion tax cut for health insurers, drug companies and the wealthy," he adds.

The BCRA faces an uphill battle, though, as multiple Republican Senators have already announced their opposition. At this point, the bill is set for a vote next Thursday. If it passes the Senate, House leaders have said they want to vote on it before the July 4 recess, when lawmakers go back to their districts.

The Senate GOP hid the meanest things very deeply in its Obamacare repeal bill. We found them.

Is absolutely worthless. going on 9 years now they have accomplished little or nothing.