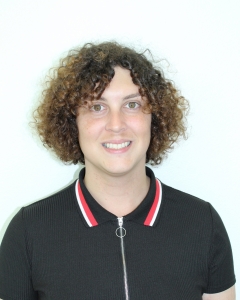 Gigi Andrews (left), a psychology major, and Jasz Cabrera, a Theatre Arts student, are the only San Diegans among 25 recipients of the nationally awarded community college scholarship.

The Point Community College Program is geared toward helping LGBTQ students fulfill their goals of attending a four-year college or university. Students accepted into the program receive between $2,000-$4,800 in scholarships, as well as admissions counseling, coaching and financial education at the Point Community College Transfer Symposium in Los Angeles. They also are able to connect to the Point Foundation network of LGBTQ scholars, and more than 300 alumni dedicated to seeing LGBTQ students succeed.

Scholarship winners are chosen based on academic performance, leadership skills, financial need, personal goals and the applicant’s involvement in the LGBTQ community.

Andrews, 33, had a difficult time coming out at age 14. Bullied and harassed to the point of dropping out of high school, she went on to earn a General Education Diploma or GED. At 21, she was diagnosed with HIV, then in her mid-20s, came out as transgender.

She first began attending Grossmont College part-time in spring of 2005, but left, unsure of her future. But she never gave up her dream of a meaningful career so she returned and an introductory psychology class in 2017 proved life-changing. She expects to graduate in 2020 with an associate of arts in psychology, then to transfer to the University of California or California State University system.

A past speaker at UCSD on the topic of HIV and a clinical peer counselor, Andrews wants pursue a career in mental health and become a licensed clinical psychologist.

At Grossmont College, Andrews is a member of the Sexual Orientation and Gender Identity (SOGI) Club and plans to march in July with other college and district employees in the San Diego Pride Parade. She praises Grossmont College for its support of LGBTQ students.

“Grossmont has been tremendously accepting and tolerant,” she said. “I have attended an LGBTQ mixer with both students and faculty and have also attended the annual drag and talent show. Grossmont College also offers counseling and safe spaces, like Common Grounds, to not only LGBTQ students, but all students.”

Andrews plans to use her $3,700 scholarship to supplement her savings to purchase a used car and to spend what’s left on a laptop computer. 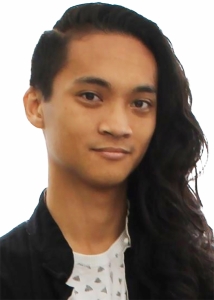 Cabrera (right) identifies as a non-binary trans student and is described in a Point profile as a costume designer in technical theater and president of Grossmont College’s SOGI Club. Cabrera is credited for promoting the safety of students and others on campus coming out.

Cabrera aspires to further study costume design and construction with the goal of working in multicultural theater and eventually as a designer and owner of a clothing company that sells androgynous, unisex attire. Cabrera, a martial artist, received a scholarship sponsored by Big Apple Recreational Sports, a non-profit, coed sports league in New York City for LGBTQI athletes.

“These LGBTQ students have demonstrated the potential to be the informed and visionary leaders our society needs right now,” said Jorge Valencia, executive director and Chief Executive Officer of Point Foundation. “Their dedication to making the world around them a better place provides our community with the promise of a better future.”

Just the kind of news I need to know about.