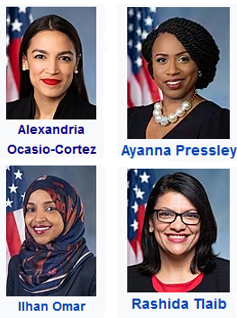 July 16, 2019 (Washington D.C.) – For the first time in over 100 years, the House of Representatives today voted to condemn the actions of a President. Congressional members voted 240 to 187 to formally condemn President Donald Trump’s Twitter posts attacking four minority Congresswomen as “racist,” in the words of House Speaker Nancy Pelosi in her floor speech.

The action came in response to Trump slamming the four Congresswomen of color for criticizing his administration, then stating that they should go back to the countries they came from.

However, three of the four women are U.S. citizens who were born in the USA.

Specifically, Trump said the Democratic Congresswomen “originally came from countries whose governments are a complete and total catastrophe, the worst, most corrupt and inept anywhere in the world,” then stated, “Why don’t they go back and help fix the totally broken and crime-infested places fro which they came…you can’t leave fast enough.”  He later double-down, stating that the women “hate America.”

The four Congresswomen attacked in the President’s tweets are representatives Rashida Tlaib of Michigan, Ilhan Omar of Minnesota, Ayanna Pressley of Massachusetts, and Alexandria Ocasio-Cortez of New York. Omar is a Muslim born in Somalia and is a naturalized citizen. The women have made at-times controversial remarks, such as Ocasio-Cortez calling migrant detention centers “concentration camps” or Omar’s comments on Israel and Palestine. But even some Republican members of Congress told media that Congress should respect the rights of its members to speak out, even when members disagree.

The resolution was introduced by Congressman Tom Malinowski, a New Jersey Democrat who was born in Poland. Many of the Congressional cosponsors were also born overseas.

The resolution states in part that “immigrants and their descendants have made America stronger,” then “strongly condemns President Donald Trump’s racist comments that have legitimized and increased fear and hatred of new Americans and people of color.”

Speaker Nancy Pelosi told of attending Catholic mass on Sunday in a Hispanic church and hearing a sermon on the good Samaritan, who helped foreigners, shortly before Trump issued his blistering tweets.  She quote quotes supporting immigrants by presidents from our founding fathers to Ronald Reagan, then urged her colleagues to unanimously pass the resolution.

Her call for the vote was interrupted by Republican Doug Collins of Georgia, who demanded that her remarks be stricken from the record for violating House decorum. He claimed the resolution was meant to "make a mockery of their own leadership abiities because they do't like this president."  After the contentious session, Pelosi's remarks remained on the record and the measure passed with only four Republicans and one independent joined with Democrats to vote for the resolution.

View the entire debate which ran more than nine hours on C-span: https://www.c-span.org/video/?462651-2/houses-votes-condemn-president-tr...

No similar measure will be introduced in the Senate, where Senate President Pro Team Mitch McConnell (R-Kentucky) stated tersely after today’s vote that “the President is no racist.”

But Trump insists his tweets were “Not Racist,” in a tweet before the vote, which he called a “Democratic con game. Republicans should not show ‘weakness’ and fall into their trap.”

At the White House after the vote, the President said again of the four American Congresswomen of color, “They can leave.”

The tweets are only the latest in a long string of actions by the President that many have characterized as racist, including his comments calling Mexicans “rapists and murderers” and his statement that there were “good people on both sides” of a Neo-Nazi  rally in Charlottesville, VA at which a protester was killed by a white Supremacist who rammed his vehicle into a crowd and was later convicted of murder.

Congress has adopted resolutions to condemn actions of a president only twice before in American history. In 1860, President James Buchanan was admonished for steering contracts based on political party.  The Senate adopted a resolution condemning President Andrew Jackson for withholding documents in 1834, though that action was later expunged when Jackson’s political party regained control of the Senate.

All other resolutions to condemn or censure a president have failed. However, two presidents, Andrew Johnson and Bill Clinton, were impeached by the House but both were acquitted by the Senate.

This is definitely no joking matter, and we need to take seriously what is going on in the country that I love, and for the President to suggest that anyone go back to the country that they supposedly came from dishonors the office of the Presidency! Perhaps those embracing that point of view should read the attached book by Roy L. Brooks, Warren Distinguished Professor of Law at the University of San Diego. 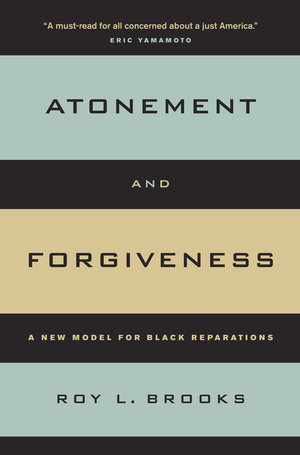 Why don't you start here, I'll include some quotes from the distinguished xenophobe, Omar; And here’s a take worth reading from one of my favorites, Tucker Carlson. “Ilhan Omar has an awful lot to be grateful for, but she isn't grateful, not at all. After everything America has done for Omar and for her family, she hates this country more than ever. In a recent piece in The Washington Post, the reporter put it this way, quote, "In Omar's version, America isn't the bighearted country that saved her from a brutal war and a bleak refugee camp. It wasn't a meritocracy that helped her attend college or vaulted her into Congress. Instead, it was the country that had failed to live up to its founding ideals, a place that had disappointed her and so many immigrants, refugees, and minorities like her," end quote. If anything, that's an understatement. Omar isn't disappointed in America, she's enraged by it. Virtually every public statement she makes accuses Americans of bigotry and racism. This is an immoral country, she says. She has undisguised contempt for the United States and for its people. That should worry you, and not just because Omar is now a sitting member of Congress. Ilhan Omar is living proof that the way we practice immigration has become dangerous to this country. A system designed to strengthen America is instead undermining it. Some of the very people we try hardest to help have come to hate us passionately. Maybe that's our fault for asking too little of our immigrants. We aren't self-confident enough to make them assimilate, so they never feel fully American. Or maybe the problem is deeper than that, maybe we are importing people from places whose values are simply antithetical to ours. Who knows what the problem is, but there is a problem, and whatever the cause, this cannot continue. It's not sustainable. No country can import large numbers of people who hate it and expect to survive. The Romans were the last to try that, with predictable results. So, be grateful for Ilhan Omar, annoying as she is. She's a living fire alarm, a warning to the rest of us that we better change our immigration system immediately, or else.” So Dennis, If you truly “love this country” then I’d suggest you start helping us defend it, rather than advocating for those bent on destroying it.
I read all of the remarks and I always love how you write everything I believe! We are sisters from another mother for sure. All I can add is to vote straight republican in 2020 and get rid of the democrats in Sacramento. California used to be the best state, now its up there being the worst. I pray Trump continues to work to make our country stronger and more prosperous.

I strongly disagree with Omar's statements of Israel.

However, telling four women of color (three of whom were born in this country) to go back where they came from, and suggest they hate America for disagreeing with actions of the adminsitration is wrong and overtly racist-- so much so that it's actually prohibited by federal law. Federal law as enforced by the U.S. Equal Employment Opportunity Commission counts discrimination based on nation of origin as one of several kinds of prohibited discrimination.

One example the EEOC lists on its website matches nearly word-for-word the President’s tweets.

“Examples of potentially unlawful conduct include insults, taunting, or ethnic epithets, such as making fun of a person’s foreign accent or comments like, “Go back to where you came from.”

...if you're interested. Mark Levin on 'the Squad,' comments about Trump
She may very well lose her citizenship if the reports of her marriage to her brother get more attention. That ship hasn't sailed just yet, stay tuned....

We did, I believe, see and hear our current President say he walks up to women and grab them by their Pussy, correct? You may find that okay and perfectly normal but I find that a pretty good insight into this persons Character. Just like we saw into Bill Clinton’s character too late and many others since. Why would we want a President that has no Values? One of the qualifications is to set the bar. This President has buried the bar!

While partying with pedophile Jeffrey Epstein at Trump's Mar al Lago. The grope happens just after 2 minutes on this tape:  https://www.youtube.com/watch?v=x4J9-YpzIEY  So yes, he did "Grab them by the pussy" and that was not just locker room talk.

echoing the same old arguments. You two continue to focus on what he says, while the rest of us focus on what he does. Personally, I don't really care if he said he "grabbed a pussy", or grabbed an ass, and since we're going off the rails with the language, I don't care if he grabbed a dick either. All i care about is that he's doing the job he was hired to do and that he's restoring the rule of law in this country which has been systemically eroded by the Democrat Party. So far, he's kicking ass and looks to be on his way to an easy re-election, so buckle up buttercups! And for the record, I didn't care that Bill Clinton got a smokey in the Oval Office either, and that happened DURING his presidency, not 12 years before he even ran for office. You two need to focus on the battle ahead of you, not the one behind.
Adding ” don’t throw stones if you live in a glass house”.

Oh yes Deplorable, we already knew where you were at on this. Just pointing out to the uninitiated how little norms mean to commenters like yourself that worship this guy. I worship no man.

You're definitely in no position to be the judge of anyone's character "GeneCarp", you've proven yourself on more than one occasion to be the ultimate hypocrite. Way to represent...
White House lackey Mitch McConnell (and others) denial of the truth as usual. This vote should have been 100% in favor of condemning Trumps Twitter rampage. He's been out of control far too long.
Almost every posting by you Grandpa smacks of Democrat vs Republican. I have to repeat myself, I am and have been, a registered Independent for at least 30 years. I bailed from the GOP for reasons. You sir, and I use that loosely; continually and without regard; make it plain that you are a Democrat and that the GOP and Republicans are trash. You blatantly call McConnell a lackey and demean our President & Commander in Chief. This is what the "main stream media continues to do since he took office". You are on the same rail. This is not the American way. If you graduated from any school in San Diego proper, I would guess Anthony Home.