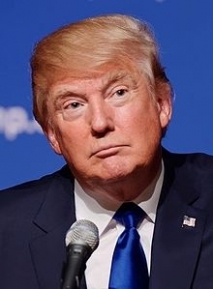 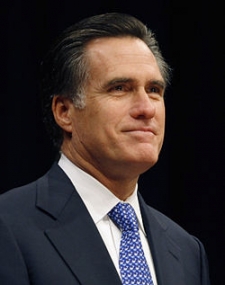 Pushback came quickly from Donald Trump Jr., the President’s son, who tweeted, ““Mitt Romney is forever bitter that he will never be POTUS. He was too weak to beat the Democrats then so he’s joining them now. He’s now officially a member of the resistance & should be expelled from the @GOP.”

The vote was 52-48 for acquittal on abuse of power and 53-47 on obstruction of Congress, the two charges of impeachment filed by the House of Representatives.   The abuse of power charge stemmed from Trump’s actions to block military aid to the Ukraine and pressure Ukraine’s president to investigate Hunter Biden, the son of former Vice President Joe Biden, one of Trump’s political rivals running in the 2020 presidential race. The obstruction of Congress charged stemmed from the Trump White House refusing to turn over documents requested by Congress or allow witnesses to testify.

Trump is the third president to face impeachment; Bill Clinton and Andrew Johnson were also both acquitted down partisan lines.  However a fourth president, Richard Nixon, resigned to avoid an impeachment trial after members of his own party told him there were enough votes in Congress to impeach and remove him from office for his cover-up of the Watergate break-in at Democratic party headquarters for purposes of swaying an election.

It will now be up to voters in November to determine whether to reelect President Trump,  who is virtually certain to receive the Republican party nomination, or vote him out and elect whichever candidate wins the Democratic primary race.

The only reason there were no witnesses in the Senate was because the House showed their witnesses that “Thought, Overheard, surmised, heard from someone who heard from someone else “ The House presented 2 Articles which BOTH were unconstitutional for Impeachment. The Democrats wasted tax payers money over and over again. WE ARE SICK AND TIRED OF THEIR LACK OF DUTY FOR WHICH THEY WERE ELECTED. STOP WASTING TIME AND MONEY, GET TO WORK!
have a right to know if a key member of the US establishment and his son, Joe and Hunter Biden, père et fils, were benefiting financially from the results of the US-promoted regime change in Ukraine, and to what extent. This happened during Joe Biden's tenure as VP. The expression for gaining this knowledge during an election process in popular American vernacular is "digging up dirt." It's a well-established political exercise, like it or not. Apparently now there will be a concerted effort to (finally) get this information, hurrah for that. Inquiring minds want to know. As for Mitt Romney, the Washington Examiner got it right: "It’s almost hard to keep up with him. Romney has been on every side of almost every issue of consequence, from gun control to abortion to gay rights to taxes, and it has clearly been political opportunity and public opinion guiding Romney’s ever-evolving positions on these issues, not principle."