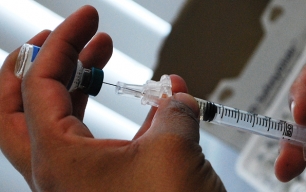 February 1, 2021 (San Diego) - Educators, childcare workers, food and farm workers and first responders joined Californians aged 65 and over this week to qualify for the coronavirus vaccine.

After that large group is vaccinated, the next priority group will be based on age —  and middle-age Californians are likely to be next in line.

Since the beginning of distribution of vaccines I have been monitoring CDC guidelines, State of California Dept of Health, and San Diego County Health Dept. Organ Transplant Patients, e.g., kidney, liver, heart, etc. are NOT even mentioned. Literally they are the highest risk group. To avoid organ rejection they take powerful immunosuppressant drugs. Having already gone through years of poor health, following the transplant, even a common cold can lay them low for up to a month. The average 75 year old, even with some comborbidities, has a more functional immune system. Just to be clear, I am NOT a organ transplant recipient and am in my mid-70s, so this is NOT about me.

I have tried e-mailing CDC and phoned SD County Health, Cal State Dept of Health (45 minutes on hold, answered, before could speak a couple of sentences, line went dead). Perhaps CalMatters could do something???

So 497,600 doses and yet only 240,100 vaccines given. why not line up the 257,500 no matter what and let them get the vaccine. They are spending so much time making sure you fit in a certain category those doses will expire before giving them out! GIVE EVERYONE THE VACCINE WHO WANTS ONE!!!!

for everyone who got the first, since it takes 2 doses. Not many have received the 2nd dose yet.