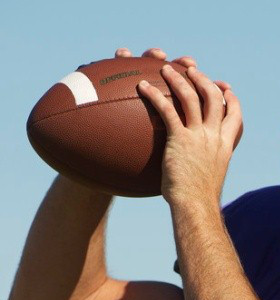 December 28, 2021 (San Diego) – Hours before this evening’s 5 p.m. kickoff at Petco Park, the UCLA Bruins pulled out, forcing cancellation of the Holiday Bowl.  A statement from UCLA at 12:30 p.m. indicated the team was withdrawing “due to COVID-19 protocols within the Bruins’ program.”

No details were provided, though UCLA Athletic Director Martin Jarmond voiced disappointment for team members. “My heart goes out to them,” he said, but added that health and safety of our students will always be a priority.

UCLA was slated to compete against North Carolina State, which tweeted, “Heartbroken to not be able to compete one more time this season.”

The Holiday Bowl was slated to be the first football game ever in Petco Park, after demolition of the stadium in Mission Valley that was long home to the Chargers.

Holiday Bowl fans can, however, look forward to bowl games the next four years at Petco Park, under a partnership between the Padres and the San Diego Bowl Game Association.

It is not yet clear whether the Holiday Bowl game will be rescheduled.  Several other bowl games have also been cancelled due to COVID-19 concerns, or whether ticket holders will be issued refunds.

should all be suspended for coming down with covid. this is going cost the city and county millions!

Some experts say it is more contagious than measles. Short of going into total isolation for 10 days before the big game, it may not have been avoidable.

Now if any players were out doing foolish things like going to crowded parties especially maskless, and they contracted COVID, then discipline may be appropriate depending on if they violated UCLA's rules.  And perhaps that team trip to Seaworld should have waited until after the big game.