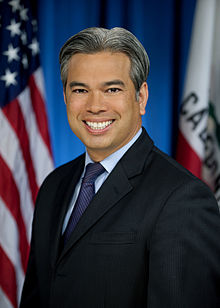 Last week, the city of El Cajon sent warning notices to seven of the eight hotels/motels participating in the County of San Diego’s voucher program to temporarily house homeless people. The city warned that the motels were violating a city law that limits hotels to a maximum 25% of capacity for homeless people in the voucher program. The city notified the hotels that they would be fined up to $1,000 a day if they did not comply.

The city noticed an increase in drug dealing and drug use around the motels, then learned that the County had placed homeless people from across the region into the motels through the voucher program.

The city had its officers inquire where new homeless people were from and made multiple arrests for drug dealing among people in the voucher program. The city also revealed that some with county vouchers were convicted criminals, including one who was a wanted felon and a felon with a gun. The city has vocally objected to having homeless people from outside the city placed in its motels, as well as to having drug dealers and criminals allowed vouchers while the county has refused to provide any help with security or added law enforcement.

It is unclear whether Bonta knew those circumstances. However, in his letter, Bonta stated, “The City of El Cajon’s recent actions threaten to turn some of San Diego County’s most vulnerable residents out onto the street based solely on their source of income,” Bonta says. “Housing discrimination in any form will not be tolerated.” Bonta demands that the city rescind the warning notices and refrain from issuing any in the future. He also orders the city to order its police to stop any “unlawful harassment of hotel guests” and to agree not to punish hotels that accept vouchers.

The City Council will discuss the County’s motel voucher program and its impact on the community during today’s 3 p.m. Council meeting, and will also discuss during closed section potential legal action.

In a statement issued in response to the Attorney General’s letter, El Cajon Mayor Bill Wells stated, “I find it interesting that the Attorney General came to conclusions without even talking to the City. Based on his tweet from September 24th that stated our ‘actions threatened to turn the most vulnerable residents out onto the street based solely on their source of income, no more,’ is egregiously false. In the Attorney General’s letter or tweet, there was no mention that the County and its contractor have failed to properly screen participants in the voucher program, which has resulted in spikes in crime, increased calls for police and fire service, and increased open drug usage and sales at and around the participating motels. There was also no mention that the El Cajon Police Department has made over 20 arrests near or at the participating motels in just the last ten days. It is obvious that the Attorney General’s office based its findings on a one-sided argument.”

David Richards, Assistant to the City Manager, stated in a press release, “The City of El Cajon’s critique of the County’s mismanaged voucher program is not one that comes from lack of compassion for those who are without shelter, but from one of public safety and an obligation to protect the El Cajon community.”

ECM editor Miriam Raftery sent a letter to Attorney General Bonta’s office noting that El Cajon funds a homeless shelter and many other programs to help the homeless; City Manager Graham Mitchell has said the city helped get over 800 homeless people into permanent housing since early 2020.

The county has no shelters on county-owned land, yet has taken homeless people from county property and sent more of them to El Cajon motels than any other community.

“Why not force the county to more equitably distributes its homeless and find a better way to deal with those who are drug dealers and wanted felons?” Raftery asked Bonta.  “Why isn’t the state or county providing any help to El Cajon to deal with the rising crime problems created by this program,” she further inquired, noting that the county has failed to build shelters in areas where homeless people are camped along riverbeds in Lakeside and Spring Valley on county-owned land.

She also questioned by the Attorney General deemed it “harassment” for police to search for drugs when drug dealing was personally observed outside the motel by the city manager, who has said he was threatened by a drug dealer. “Will the AG rescind this misguided order and instead take action to force the county to be more equitable in its homeless voucher motel program?” Raftery’s letter concluded.

The San Diego County Supervisors control a $5 billion budget, and that $5 billion pays for various social services programs. But on the suffering homeless in unincorporated areas, which is most of the County (another problem), apparently they simply dump people in El Cajon motels, threatening public safety in that struggling city.

After getting push back from the community California Department of Justice Attorney General backed away from his threat to the City of El Cajon in regard to the homeless voucher program, and instead concentrates more on the attached Financial Elder Abuse against senior citizens under Penal Code 368. See attached here.

The link goes to a housing case elsewhere.   If Bonta backed off his threat against El Cajon, I haven't heard it, and so far he hasn't responded to my inquiry.

I actually have a copy of a lawsuit by Attorney General Bonta, which is attached here. This lawsuit preceeded the attached complaint filed by me with the California Department of Justice and Rob Bonta. It alleges Felony Financial Elder Abuse (Penal Code 368). This is an active and ongoing compaint which you can see here.

As the former Associate Editor and book reviewer with the East County Magazine, and having written more than 400 book reviews, and having a personal stake in subject article about the homeless being housed in El Cajon, this article resonates with me in so many ways.

I currently have a complaint filed with AG Rob Bonta and his California Department of Justice, dated April 8, 2022, that borders on housing discrimination and Financial Elder Abuse under Penal Code 368. Since filing this complaint with the California Department of Justice I have gone to court against the manager of the Sierra Retirement Village here in Lancaster, and been successful in her returning $1,000.00 in a Small Claims case, and secured a Temporary Restraining Order (TRO) against her son who lives here in this 95 unit complex of senior citizens.

Also, since filing my complaint with the California Department of Justice, I have had mail stolen from me as indicated in the attached audio recording of the Lancaster Postmaster. Listen here.

I sincerely hope that Attorney General Rob Bonta will take Miriam Raftery up on her request to interview him, as there is a lot more to this story that needs to be revealed.