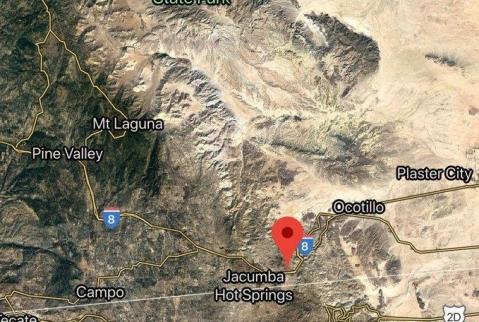 By Miriam Raftery
July 10, 2020 (Jacumba)  -- A fiery vehicle rollover near the In-Ko-Pah brake check in Jacumba Hot Springs on Interstate 8 yesterday afternoon claimed the life of two patients and injured a third.
Cal Fire and the California Highway Patrol responded to the accidents.  First responders rescued two patients from the wreckage, both with major injuries. One was transported via air ambulance to a hospital Cal fire reports, but the other died at the scene, according to Cal Fire. A third victim was found dead in the vehicle.