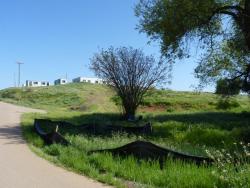 April 17, 2014 (Jamul) – Superior Court Judge Ronald Prager heard arguments today in a lawsuit by family members alleging that a contractor for Jamul Indians removed and dumped human remains.  The families seek an injunction to halt construction of a casino that the  tribe is building at the Jamul Indian Village site.

Plaintiffs contend that a contractor for the tribe, C.W. Driver, dug up the families’ remains from the historical cemetery at the casino site and dumped the human remains, with Caltrans permission on the state’s construction site for a new freeway interchange in Otay.