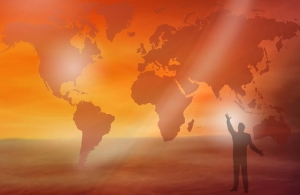 “Most men understand that smart lifestyle choices—such as exercising regularly, eating a healthful diet and not smoking—make a big difference in staying healthy,” says EWG researcher and report author Paul Pestano. “However, what many men might not know is that research in the last few decades has shown that environmental exposures may contribute to major diseases and health concerns that especially affect men, including heart disease, prostate cancer and infertility.” He adds that toxic substances in drinking water, food, food packaging and personal care products have all been linked to serious health problems that affect millions of American men.

According to EWG, men’s heart disease risks are exacerbated by exposure to mercury in certain seafoods, Teflon chemicals in non-stick cookware, and bisphenol-A (BPA) in hard plastic containers and canned foods. Additionally, arsenic and lead in drinking water supplies is a contributing factor in elevated heart disease risks for men. Meanwhile, certain agricultural pesticides common on fruits and vegetables as well as polychlorinated biphenyls (PCBs) that build up in meat and dairy products have been associated with prostate cancer, the second most common cause of cancer for American men. And exposures to lead, pesticides and chemicals in personal care products contribute to low sperm counts, infertility and other reproductive issues for men. EWG also underscores the importance of limiting sun exposure, as men face a higher risk of developing melanoma than women.

“While genetics can predetermine certain health outcomes, there are a number of ways men can dramatically reduce their potentially harmful environmental exposures,” Pestano says. Some tips include:

By following these guidelines along with eating a healthy, varied diet and getting regular exercise, men can significantly reduce their health risks and potentially add years to their lives.

Water is safe, canned food is safe, do you just make this stuff up? Wash your produce, nothing to see here...move along.