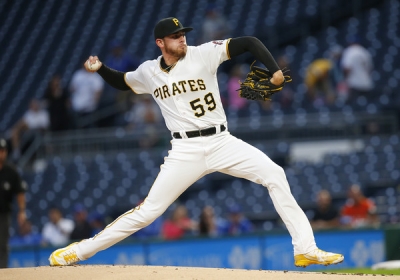 May 20, 2019 (San Diego's East County) - Alumni of East County high schools are finding their marks in the major leagues and in college baseball this week.

Two former East County alums made waves for the Padres.  Valhalla Norseman alum Greg Garcia went 1 for 3 with a double and one run scored for the Padres as they were defeated by the Pittsburgh Pirates 6-4 on Sunday.

Former Grossmont Foothiller Joe Musgrove improved his record to 3-4 as he pitched 6.1 innings and gave up four hits, four runs (three earned), one walk and four strikeouts for the Bucs.