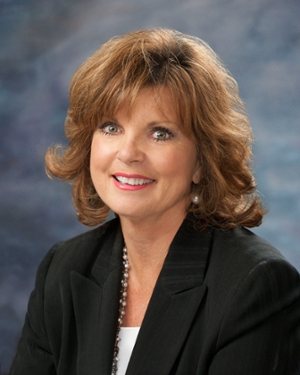 Source: Grossmont-Cuyamaca Community College District
November 25, 2019 (El Caon) -- Lynn Neault, longtime Vice Chancellor of Student Services at the San Diego Community College District, is the governing board’s pick as the next chancellor of the Grossmont-Cuyamaca Community College District.
Neault replaces Cindy L. Miles, who is retiring at the end of the year after a record term of almost 11 years at the district’s helm. Governing Board President Linda Cartwright announced Neault’s selection at the board meeting on Tuesday. Neault starts her new job in January.
“Dr. Neault brings decades of knowledge and experience in local community college administration and is well-versed in the statewide issues of student outcomes and enrollment and their impact on state funding,” Cartwright said. “She also brings a strong commitment to participatory governance and decision-making that comes after many years of working and consulting with varying constituency groups from a multi-college district.”
Neault has served 25 years at her current post with the San Diego Community College District, one of the largest in California. She began working there in 1983 as an administrative analyst in Institutional Research, and later served as director, associate director and coordinator of Student Services. From 2013-2014, she served as interim president of San Diego City College.

January 26, 2015 (San Diego’s East County)--Spring semester begins Monday for more than 27,000 students at Grossmont and Cuyamaca colleges amid a sense of progress as the campuses benefit from a recovering economy and a state and national focus on the value of community colleges.