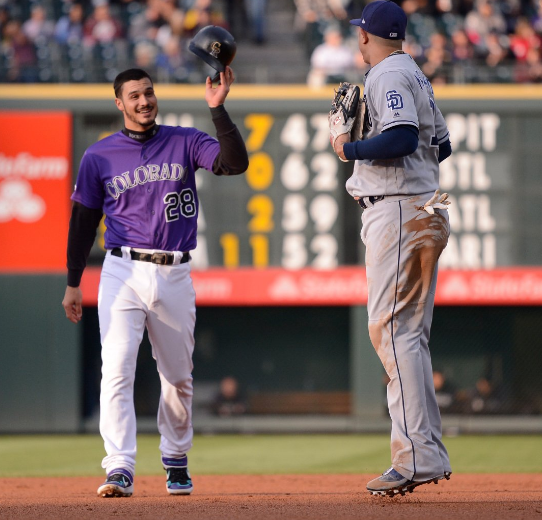 May 10, 2019 (Denver) - After taking the series against the Mets, the Padres were on the road again, taking on the Rockies in Denver this weekend.  Eric Lauer started against German Marquez for the Rockies.


It stayed scoreless for three innings until Trevor Story blasted a two-run bomb to left and the Rockies jumped out in front 2-0 after three.

Lauer ran into a lot of trouble in the fourth.  With the bases full of Rockies, Tony Wolters grounded back to Manny Machado, who threw to second, but everyone was safe, including Ian Desmond at home.  Marquez showed up and cleared the bases with a three-RBI double to kick Lauer out of the game. Matt Wisler took his place and allowed two more on David Murphy’s double.  Ian Desmond singled to score Murphy and a seven run fourth gave the Rockies a 9-0 lead.

Three more runs sealed the deal for the Rockies in the eighth with Nolan Arenado’s two-RBI triple.  He scored on Murphy’s sac groundout and the Rockies took game one 12-2.

Game two is tomorrow at 5:10 p.m.  Joey Lucchesi starts against Jon Gray for the Rockies.