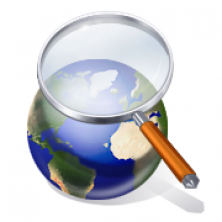 Verizon was ordered to release phone information to the NSA. The order signed by Judge Roger Vinson includes “all call detail records or 'telephone metadata' created by Verizon for communications between the United States and abroad, or wholly within the United States, including local telephone calls."  http://www.guardian.co.uk/world/interactive/2013/jun/06/verizon-telephone-data-court-order

Over the years we have had peeks behind the curtain into what journalist/author James Banford has called The Shadow Factory. No, leaks are not new, and yes, officials react to these leaks in the same apocalyptic language: that these people have committed treason and have risked the security of the United States. Whether this is the case or not is up to the courts. But we as citizens should be aware of this history.

What follows is a short history of our own shadow factory, and how arguably we have lost rights in the name of security.

The story starts with a very secret treaty signed in 1948 called the UKUSA treaty. Coincidentally President Harry Truman signed the National Security Act of 1947 the year before. This Act established, among other things, the Central Intelligence Agency, a successor to the Office of Special Projects. This treaty hardened the World War II intelligence cooperation between the United States, the United Kingdom, Canada, New Zealand and Australia. This treaty is the basis for what was once a very secret project called Echelon. In its day Echelon was a real dragnet as well—and may still be, perhaps.

Echelon was part and parcel of the cold war efforts to stop the Soviet Union and when the war came to an end, Echelon remained in place. It has evolved, according to Patrick S. Poole into “political spying: since the close of World War II, the US intelligence agencies have developed a consistent record of trampling the rights and liberties of the American people. Even after the investigations into the domestic and political surveillance activities of the agencies that followed in the wake of the Watergate fiasco, the NSA continues to target the political activity of “unpopular” political groups and our duly elected representatives.”

Some of this veil of secrecy was revealed to the American people during an extraordinary series of hearings held in 1975, and led by Senator Frank Church. These hearings delved into the secret world of the National Security State. This was known as the Church Committee. Among some of the secrets brought to the forefront were CONTIELPRO, first started by the FBI in 1956, with the stated goal to disrupt the Communist Party. It was a product of the cold war. The Church Committee found that it overstepped its authority and endangered First Amendment Rights.

Another program exposed by the Committee was Operation Shamrock, which sifted though all telegraphs leaving the United States. This program “predated NSA, which was created by President Truman in 1952. It had been essentially a continuation of the military censorship program of World War II. Copies of foreign telegraph traffic had been turned over to military intelligence during the war, and, when the war ended, the Army Security Agency (ASA) sought to have this continue. All the big international carriers were involved."  https://www.cia.gov/library/center-for-the-study-of-intelligence/csi-pub...

So the seeds for much of this intelligence apparatus were in WW II. What is true is that these programs, and their revelations, screamed for reform. Here is where the Foreign Intelligence Surveillance (FISA) Court comes from. One thing that it was supposed to do was stop the real, or perceived, abuses that were revealed by the Church Committee. It also ensured, at least for a few decades, that any spying was directed outwards, and required a warrant.

Then came Oklahoma City, and that attack shocked the country. It is within that environment that the next chapter of this took place. President Bill Clinton announced soon after not just Echelon, the first time it was admitted outside the smoke and mirrors of the Intelligence Community, but he also signed into law Carnivore.

Carnivore was designed to focus on key words in a message. It took advantage of the fact that every time you send an email it is dissolved into small chunks of information called packets, and assembled at the destination after a header. What it did was look into every packet, and look for key words.

Carnivore was not deployed to sniff all; it required a court order and was deployed after particular targets. It still raised serious Fourth Amendment right questions, and in 2000 there was a hearing on Carnivore in the Subcommittee on the Constitution within the Judicial Committee of the US Congress.

Asa Hutchinson, a Republican, put it best during his opening statements: “ I think the more the public knows, the more the Congress knows and the more light that is shed, then the better judgments that will be rendered.” http://commdocs.house.gov/committees/judiciary/hju67305.000/hju67305_0f.htm

This was the kind of program that made Congress nervous, in its role as guarantor of our rights as citizens.

Chairman Charles Canady of Florida stated, “As we consider the use of Carnivore, it is important that our deliberations be based on facts and not on unsupported suspicions and irrational fears. At the same time, we should be sensitive to any potential for abuse of the Carnivore system. Even a system designed with the best of intentions to legally carry out essential law enforcement functions may be a cause for concern if its use is not properly monitored.”

There were real discussions of the implications of this program, which was stopped in 2005, as it was replaced by commercial software. Yet, this is not the kind of discussion that we are having these days. And Edward Snowden is not the first to leak information on what goes behind those closed doors, nor the first one to raise questions of waste, fraud, abuse and civil liberties.

For the change in our attitudes, both of keeping watch on the watchers and how we do business regarding whistle blowers, we need to look at a single day. It is truly a before 911 and after 911 world; the terrorist attacks changed attitudes in DC regarding secrecy and spying inwards.

In The Secret War, James Banford writes that General Keith Alexander believes “the threat is so mind-bogglingly huge that the nation has little option but to eventually put the entire civilian Internet under his protection, requiring tweets and emails to pass through his filters, and putting the kill switch under the government’s forefinger.” http://www.wired.com/threatlevel/2013/06/general-keith-alexander-cyberwar/all/

This started well before Alexander took over NSA. The door to this was blown quite open in 2005 in a New York Times story, where it was revealed that  “Under a presidential order signed in 2002, the intelligence agency has monitored the international telephone calls and international e-mail messages of hundreds, perhaps thousands, of people inside the United States without warrants over the past three years in an effort to track possible "dirty numbers" linked to Al Qaeda, the officials said. The agency, they said, still seeks warrants to monitor entirely domestic communications.” http://www.nytimes.com/2005/12/16/politics/16program.html?pagewanted=all&_r=0

This is what we know these days as Stellar Wind. Though Stellar Wind, like Echelon before it, has not yet been fully admitted in the open.

The leaker in that case was Thomas Drake, an analyst with the NSA. He was preceded by William Binney and Kirk Wiebe. Bienne is a mathematician, and what bothered Bienne was that the NSA developed, before 911, a program called ThinThread. ThinThread, like Echelon before, was mostly pointed outwards, and it was an adjustment to the electronic world that was developing, and the very real threats to the United States. It was also developed inside the NSA.

Instead of ThinThread, the NSA under the command at the time of General Michael Hayden, adopted Trailblazer, which was later canned. This program was not internal to NSA, and depended heavily on outside contractors. This was, and now is, a culture of privatization that pervades the Federal Government, and it is independent of party.

“After the failure of U.S. intelligence to prevent the events of 9/11, the NSA wrongfully applied a component of the ThinThread system to illegally spy on the private communications of U.S. citizens. Unable to stay at the NSA any longer in good conscience, Binney and Wiebe retired in October 2001.” HTTP://WWW.WHISTLEBLOWER.ORG/PROGRAM-AREAS/HOMELAND-SECURITY-A-HUMAN-RIGHTS/SURVEILLANCE/NSA-WHISTLEBLOWERS-BILL-BINNEY-A-J-KIRK-WIEBE

So now we come full circle. And as we see our government defend this secrecy, for our own good of course, and attack the leaks as treasonous, we must remember that lawsuits have been filed. The American Civil Liberties Union filed one precisely on the 12th of this month.

From the Complaint we learn that this Verizon Order “gives the government a comprehensive record of our associations and public movements, revealing a wealth of detail about our familial, political, professional, religious, and intimate associations.”

While the lawsuit is critical, we need to be reminded that this dark history has only had its shades pulled and light shined on it when our lawmakers do their jobs. 911 should not be a license to bury the Fourth Amendment. Bernie Sanders, U.S Senator from Vermont has it right when he writes “The real issue is not Snowden. The issue is what he revealed.”

Finally in a strange twist, Congressman James Sensenbrenner, one of the authors of the United States Patriot Act, which has been used as justification for the Verizon Order at the top of the article, has written a letter to the Justice Department. Sensenbrenner did not mince words, “I do not believe the released FISA order is consistent with the requirements of the Patriot Act.” http://sensenbrenner.house.gov/uploadedfiles/sensenbrenner_letter_to_attorney_general_eric_holder.pdf

So we must ask, are we coming full circle, or is it too late? Time will tell. But at least in the mind of this author, it is important to understand where we are coming from, and realize that government spying on citizens is not new. Regardless, while not new, it is overreach.

The words of founding father Benjamin Franklin are quite appropriate here:

“They who can give up essential liberty to obtain a little temporary safety deserve neither liberty nor safety.”