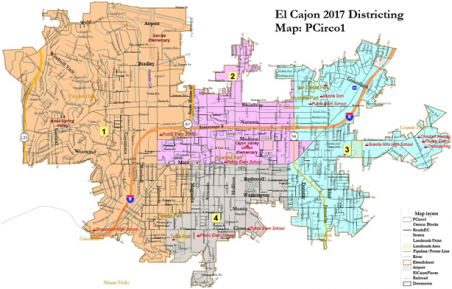 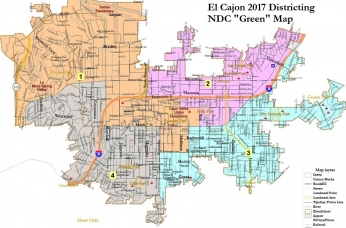 May 12, 2017 (El Cajon) – After inviting the public to submit redistricting maps and hiring a consultant to advise the city as it moves toward district elections instead of citywide elections for all council members, the options have been narrowed to five maps.  Three of the five maps square Councilman Ben Kalasho off against Councilman Gary Kendrick by putting them in the same City Council District.  Four of the five maps put Councilman Bob McClellan and Councilman Steve Goble in the same district.  Below are the maps and descriptions of each proposal. 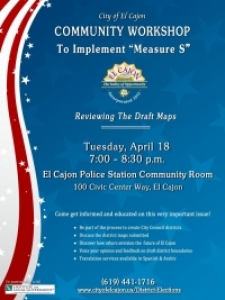 April 16, 2017 (El Cajon) – El Cajon residents will have the opportunity to provide input on draft district maps for City Council elections.  A community workshop will be held on Tuesday, April 18 from 7 p.m. to 8:30 p.m. at the El Cajon Police Station community room, 100 Civic Center Way in El Cajon for input from the public. 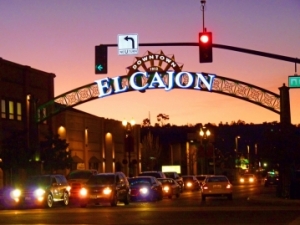 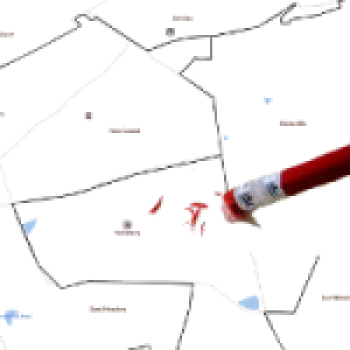 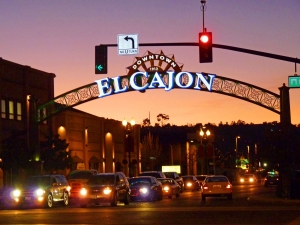 November 9, 2016  (El Cajon) – With 43.6% of precincts counted,  a 10-candidate race for El Cajon City Council is still too close to call. There are three seats up—and currently, two challengers have edged ahead of incumbent Star Bales.

However voters handily approved Measure S, the redistricting proposal to establish district elections.  Measure S  has nearly 69% of the vote with 43.6% of precincts counted. 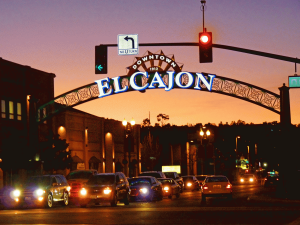 July 16, 2015 (El Cajon) – El Cajon currently holds at-large elections where everyone in the city votes for all five Council races.  But on Tuesday, the City Council voted 5-0 to have staff move forward with implementing a shift to individual districts each electing its own representative.  The concept of districts aspires to provide greater representation for minorities to elect representatives reflective of their neighborhoods' concerns.