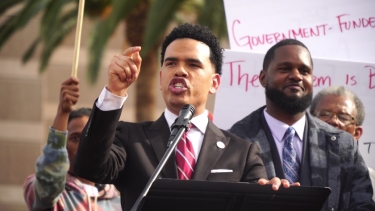 January 19, 2020 (San Diego) – Rev. Shane Harris, a former foster care youth, is emerging as a powerful voice for documenting and improving conditions for foster youths and those who have aged out of the foster care system.

He recalls turning 18 and being instantly homeless. “They dropped me off at B Street in downtown San Diego with an emancipation letter and one bag of clothes,” he has stated.” It wasn’t his first bout of homelessness. Harris had entered foster care at age 8, lost both parents, and ran away from one foster home earlier, winding up sleeping on the streets and couches of friends for six months. Now he wants to spare other young people from suffering similar ordeals.