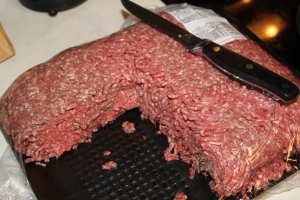 December 4, 2018 (Washington D.C.) – Over 250 people nationwide have fallen ill from salmonella tied to ground beef, including 66 cases in California, the Centers for Disease Control reports.  Over 12 million pounds of ground beef have been recalled, all packaged between July 26 and Sept.7, but health officials warn that some products may still be in consumers’ freezers.