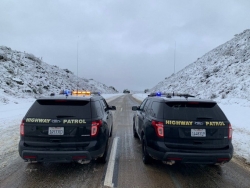 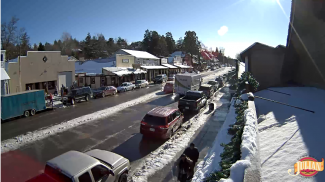 Photo, left via CHP:  I-8 closed due to snow