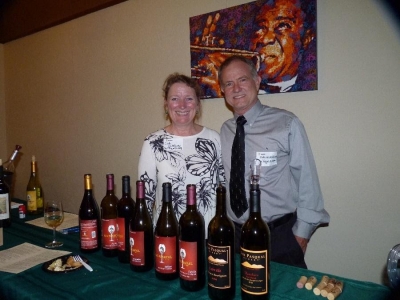 File photo:  Mike and Linda McWilliams have laid off two-thirds of the staff at their San Pasqual Winery tasting room in the La Mesa Village, according to testimony to the City Council on August 11.

August 20, 2020 (La Mesa) - The La Mesa City Council met on August 11 via teleconference,  on hour after a trying virtual town hall the previous Thursday where notification of  Police Chief Walt Vasquez’s resignation was announced publicly.  The Council approved CARES Act funding to help local renters and businesses. Other highlights included approval to hire a consultant to prepare a report on the May 30-31 protest and riot, as well as moving forward on action to help the homeless.