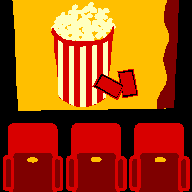 Landmark Theaters had announced it would shut down the single-screen movie theater in Kensington on April 27, due to failure to negotiate a long-term lease with the property owners, the Berkun Trust. The theater is one of only about a thousand single-screen theaters left in the U.S.,  and only one of three remaining in San Diego County.