July 20, 2021 (La Mesa) – So far, the lineup of candidates seeking to serve on La Mesa’s City Council have one thing in common: all are women who filed papers to run for a vacancy on the Council left when ex-Councilmember Akilah Weber won election to the state Assembly.  Dr Weber, a Democrat, was the first Black woman to serve on the Council.

The filing deadline opened July 12 and will close on August 6, so more candidates may yet file. The candidates who have filed to run so far are:

Miriam Raftery and Jonathan Goetz also contributed to this story 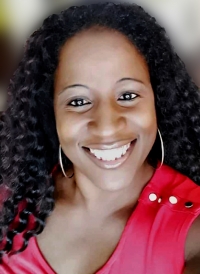 October 29, 2020 (El Cajon) -- Letitia Dickerson, one of six candidates running for El Cajon City Council in District two, calls the area the “forgotten district” while other parts of the city have seen growth. She pledges to make district two “unforgettable” if elected.

She missed our candidate forum because the city had an error her email address. (View forum with the other five candidates).  Fortunately, she’s reached out to ECM and conducted an interview via Zoom to talk about her goals if elected.

According to her website, Letitia has lived in El Cajon for over 22 years and says at least 18 of those have been in district two. She was born in Jersey and calls herself “a Jersey girl with a California heart.” She’s gone from homeless to owning small businesses including a smoothie shop and gym, and now works in telecommunications.  She’s raised her children in the district and now has grandchildren here as well.  She’s an ordained evangelical and a Republican who is the coordinator of SoCal Day of Hope, a program that provides outreach and resources to people in need. She’s also volunteered with community nonprofits including Rescue Mission, Salvation Army,  San Diego Food Bank, San Diego Mentors, Promises for Kids and more.

Below are highlights from her interview.