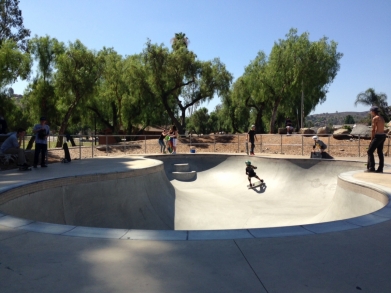 August 22, 2017 (Lakeside) -- Lindo Lake Skatepark in Lakeside has been a source of community pride since it opened in 2014, next to Lindo Park Elementary School. But, for the past few months, Sheriff’s deputies and County Parks staff have been asked to keep a closer watch there due to increased concerns over alcohol and drug use. Some parents say they no longer take their children there because of bad examples and potential risk. Others are encouraging residents to keep supporting what has been a highly popular facility that was 20 years in the making, from conception to fruition. They say it still offers many positive outlets for all ages. Parks staff and law enforcement encourage the public to call whenever they see a problem.