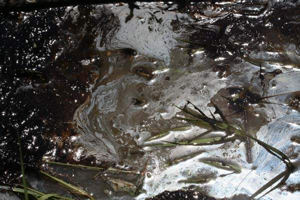 February 1, 2012 (San Diego)--President Obama’s decision denying a permit to construct a controversial pipeline from Canada to the Gulf of Mexico has fueled strong responses.  Now local representatives offer their views on the project, which pits calls for construction jobs and  a domestic energy supply against potentially serious environmental and health impacts.

TransCanada is an energy infrastructure company that has proposed a $13 billion project to link Canadian crude oil to several oil refineries in the United States. The Keystone XL Pipeline project would stretch nearly 1,700 miles from Alberta, Canada to the Gulf Coast, and would run straight through major oil hubs in the Midwest.

According to its website, TransCanada believes this project will not only be beneficial to the United States, but crucial to our economy and national interest. The company has proposed that the Keystone XL Pipeline project will create 13,000 jobs for the construction of the pipeline, more than 7,000 manufacturing jobs as well as increased business for companies located along the route of the pipeline.
Despite the potential benefits, many are more concerned about the risks the pipeline may bring. In an article on Climate Science Watch, permitting the construction of the pipeline may result in increased oil spills, destruction to wildlife and habitats, lobbyist corruption and a play on America’s unemployment insecurity.
Another issue being raised is that the energy from the crude oil may not be as reliable as TransCanada has suggested. In an interview with SolveClimate News, renowned NASA climate scientist, James Hansen, said that tar sands, or crude oil, is particularly bad because the energy you get out from it after it has been refined is poor. He compared it to burning coal in your automobile, noting that it will be bad for the planet and affect generations to come.  Environmentalist also cite dangers of oil spills, such as the recent contamination of the Yellowstone River from a pipeline leak.
Tar sands (also called oil sands) have only recently been considered part of the world’s oil reserves. Rising oil prices and new technology have made it possible to extract crude oil from oil sands. However, making liquid fuels from oil/tar sands requires energy for steam injection and refining, a process that some estimates indicate require two to four times the amount on greenhouse gases per barrel as conventional oil requires.  When combustion is factored in, the extracted oil from tar sands can emit up to 45% more greenhouse gases than conventional crude oil, journalist Bob Weber with the Canadian Press reports.
Closer to home, local officials have publicly voiced their thoughts of President Obama’s decision against Keystone XL.
“The Obama Administration’s decision today to reject the tar sands pipeline is the right decision given the serious questions that remain unanswered about this proposal,” said Senator Barbara Boxer (D-CA) in a statement released last month. “Congressional Republicans’ insistence that the permit be issued in 60 days did not provide sufficient time to adequately review the Keystone pipeline project or to address a broad range of concerns related to human health and the environment.”
Congressman Duncan Hunter (R-El Cajon) said in his newsletter that actions are already in place to overturn the President’s decision.
“Given strong support for the Keystone Pipeline in both the House and Senate, and the necessity for energy independence and job growth, discussions are underway to advance legislation mandating immediate construction of the pipeline.”

A rejection of the Keystone pipeline is more than just a disappointment but it is a major blow many Americans for whom this pipeline would be the saving grace and lift them from the trenches of unemployment (http://bit.ly/ytP77z) We should consider more carefully whom we are excluding from the chance to bounce back to a state of economic normalcy not to mention the country itself. By providing jobs for these people we are securing a kind of working future for thousands of Americans now and later.