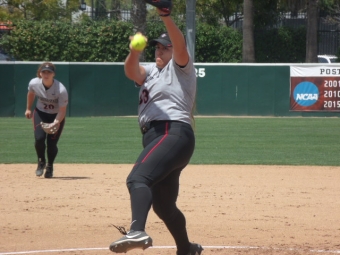 April 14, 2019 (San Diego) - SDSU softball is climbing back into the competition.  Today, they finished off a series with San Jose State after splitting the first two games of the series with one win on Friday night and the Spartans winning last night.  Freshman Chrys Hildebrand started for the Spartans against junior Marissa Moreno for the Aztecs. 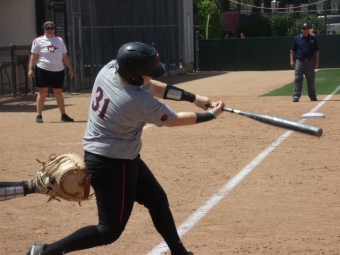 It was deadlocked until the third when the Aztecs played the ultimate April fool.  Junior Kristen Parker got caught in a rundown trying to steal second, thus creating the distraction needed to allow senior Aris Metcalfe to steal home to give the Aztecs the lead.  On the very next at-bat, junior Kiera Wright singled to score Parker and the Aztecs led 2-0 after three.

In the fourth, the Aztecs added one more on sophomore Kelsey Munoz’s big whack into left that scored fellow sophomore Taylor Adams and kick Hildebrand out of the game.  She was replaced by Caroline Bowman. The dealing sophomore struck out the side, but the Aztecs prevailed, winning 3-0 and the series 2-1. Moreno earns her third shutout of the season and sixth of her career as an Aztec. 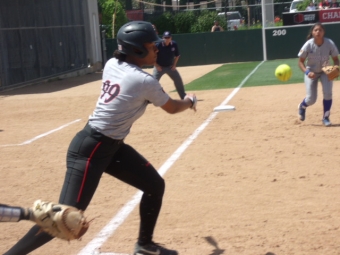 The Aztecs have a nice week-long break before getting back on the field on Tuesday, April 23rd against California Baptist.  First pitch at SDSU Softball Stadium is at 6:00 p.m.

Do you want to see more coverage of SDSU softball and SDSU sports?  Please donate to support our nonprofit sports reporting: https://www.eastcountymagazine.org/donate