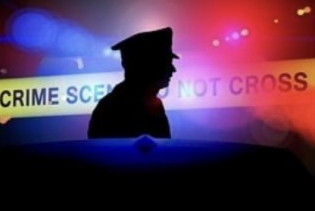 September 11, 2021 (La Mesa) – A fatal shooting outside the Heritage Inn in La Mesa last night prompted a search of the area that resulted in capture of a suspect.  Lorenzo Djuane Bogus was transported to the La Mesa Police Station and was later booked into San Diego County Jail on a murder charge.