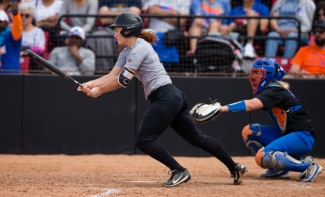 SDSU took a 8-7 lead in the bottom of the sixth inning on a two-run homer by Shelby Thompson and a sacrifice fly by Katie Byrd (Santee, Calif./West Hills HS), but Nevada rallied to tie it in the seventh and scored two more in the eighth in the win.

Game No. 2 of the series is 6 p.m. Saturday as the first 500 fans (for the baseball game as well) will receive a San Diego State hat (while supplies last).