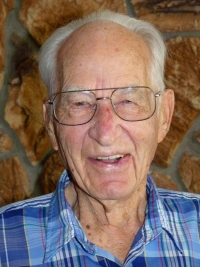 December 26, 2019 (La Mesa) – Frank Read, former owner of Read Pharmacy and pharmacist at Grossmont Hospital, passed away today at his home in La Mesa’s Windsor Hill neighborhood.  He was 108—older than the city of La Mesa.  Back in 2012, when the city celebrated its centennial, Read provided an exclusive interview to East County Magazine, reflecting back on his carefree childhood days of riding a bike to the bay, swimming at local watering holes and watching helium dirigibles. He shared many memories of early La Mesa, also recalling hardships in World War I, Prohibition and the Great Depression as well as his pharmacy career and travels later in life.

Below is our original article, reprinted in full: