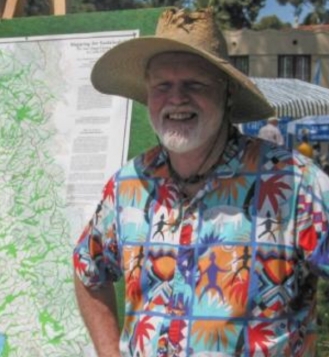 September 6, 2019 (San Diego) - Jim Bell, ecological designer and internationally recognized expert on sustainable development who twice ran for mayor of San Diego, passed away in hospice at his home on July 31 at age 77 from complications of a stroke.

In his own words, his vision was to “gracefully transform the San Diego/Tijuana Regional economy” from one that relied almost entirely on imported water and energy back in 2012 into “an economy that is prosperous and completely renewable, energy, water and food self-sufficient,” creating a model for others to emulate around the world.

He twice ran for mayor and served on a citizensenvironmental advisory board for Mayor Dick Murphy. “What should we do to give our children and future generations their best chance to live in a prosperous peaceful and life-support sustaining world?” Bell asked in a 2015 editorial published in East County Magazine.  To Bell, the answer came down to consciousness and a determination to save the world.  “We need to develop economies and ways of life that are peaceful, prosperous and life-sustaining,” he wrote. ECM also sat down for a radio interview with Bell that you can listen to here.

Born November 27, 1941 in Wilimington, North Carolina, Bell moved with his family to Long Beach, California and to San Diego in 1951.  He attended Grossmont and El Capitan High schools, graduating from El Capitan where he was an athlete on the basketball, track and field, and cross country teams. He later attended Palomar College and California State University, Long Beach as well as San Diego State and played varsity basketball. 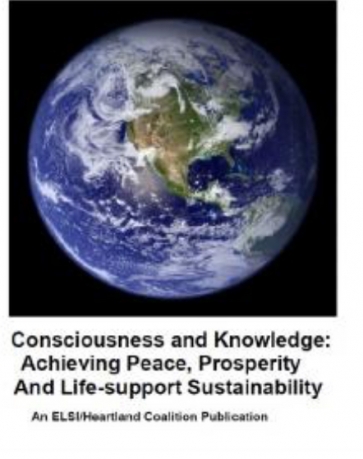 He became Director of the Ecological Life Systems Institute and the San Diego Center for Appropriate Technology.  He served as a representative of the Sierra Club on the City of San Diego’s Regional Advisory Energy Committee.

His professional projects include the San Diego Center for Appropriate Technology and Ecoparque, a prototype wastewater recycling plant in Tijuana, Mexico. He served as consultant for East Lake Development Company and for the Ocean Beach People’s Food Cooperative’s green store.

He lectured many places including at the California State Conference of the American Institute of Architects, the World Conference of the Society for International Development in Mexico City, and the Forging a Sustainable Future Conference at San Diego State University organized by Heartland Coalition, parent nonprofit of ECM.

He was named Environmental Professional of the Year for southwestern states by the Society of Energy Engineers and won a WAetr Conservation Design Award from the City of San Diego. He ran for Mayor in 1996 and 2000. He married twice and is survived by his daughter, Heather Redman.

His warm, gentle personality won him many friends and he became known as the unofficial “mayor” of Ocean Beach, often hosting parties, social and ecological gatherings at his home on Voltaire Street.  His residence still houses the nonprofit Ocean Beach Green Center for Enviornment, Peace and Social Justice.

Kate Walker, a friend, said of his passing, “May the seeds he planted be nurtured by all of us, that he may live on through the renerating living earth.”

His platform does live on in a Global Climate Action group that continues to meet each Saturday at 10 a.m. at 4862 Voltaire, working to further the energy, water and food self-sufficiency vision of Bell’s.

Many of Bell’s visions have come to fruition in party. The San Diego region has moved toward sustainability, with cities across the region adopting climate action plans, reducing greenhouse gas emissions, moving toward clean energy sources, creating local water storage and an ambitious PureWater recycling program. San Diego and other cities in the region have also committed to adopt community choice energy programs, a long-time goal of Bell’s.

Per his wishes, Bell was buried at sea with his friends and loved ones present.

You can read more about his remarkable life, and read his books and papers available at https://jimbell.com/about.php.

Back in 2012, in his first editorial published by ECM, he outlined five steps he called on humanity to take to attain a sustainable future, then added some “final thoughts.”

“We’ve come so far, why blow it now?” wrote Bell, who concluded, “We know what can be done. All we have to do is do it. If those living over the next 60 years or so develop life-support sustaining economies and ways of life planet wide, there is little to stop us from accomplishing anything we can imagine including sustainably colonizing other planets in our own galaxy and beyond in life-support sustainable ways.”