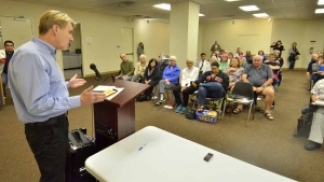 May 27, 2017 (San Diego) - Oliver Mitov was dispatched by the Kremlin to get Bernie Sanders fans to vote third-party in the November election, write in the Democratic primary loser for president — or not vote at all.