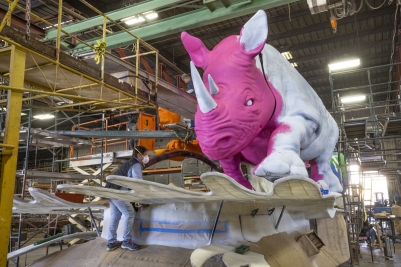 A California condor will soar above a rhino, a lion and a globe showcasing SDZWA’s worldwide conservation partnerships