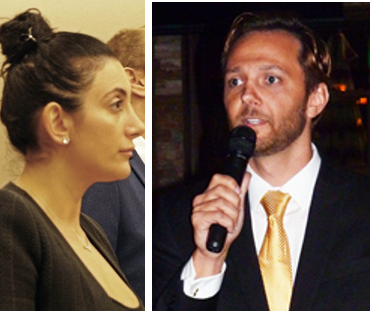 February 25, 2022 (Santee) -- Santee apparently has enough gas stations, or at least enough on a stretch of Mission Gorge Road near the confluence of State Routes 125 and 52.

At its Feb. 23 meeting, a reduced City Council shot down a proposal to build yet another station under the Arco brand, a car wash and mini-mart on an oddly shaped, less-than-an-acre parcel at 9015 Mission Gorge Road.

With two members absent, the vote was 2-1 with Vice Mayor Ronn Hall voting against a motion to deny the project. Mayor John Minto was attending a meeting at the League of California Cities and Councilwoman Laura Koval was working at her day job at the Padre Dam Municipal Water District, said City Clerk Annette Ortiz.

The project included granting the applicant, Royal Share LLC, a bunch of variances or exceptions from city requirements covering reduced parking, reduced setbacks (minimum distances from street and other buildings), and traffic flows. Santee’s development staff said the variances were justified because of the parcel’s unusual size and shape.

The triangle-shaped parcel is 0.77 acres, where Royal Share already operates a car wash. The parcel abuts an existing gas station/mini mart called Qwik Korner, whose legal name is Lemon Grove Ultra Mart. Owned by the Charry family, the business has a history of litigation against the owner of the triangle parcel, identified by his attorney as Joe Kalasho.

If that name rings a bell, do a Google search for Ben Kalasho, the owner’s son, a former El Cajon City Councilman who has a long history of litigation in San Diego courts both as a plaintiff and defendant. The most sensational of his extensive legal conflicts involved some former winners of a beauty contest he and his wife ran several years ago.

In 2017 several winners of the Miss Middle East Beauty Pageant alleged they were denied their cash prizes, and that Kalasho and his wife defamed them using social media after pressing their claims. In 2020, Ben Kalasho resigned from the El Cajon Council after he and his wife settled with three of the plaintiffs for $300,000, but not Lina Charry, an attorney who pursued her defamation claim.

In their testimony at Wednesday’s public hearing, Charry and her brother, Sam, said their family business has sued Ben Kalasho over the car wash customers “blasting through” their gas station, and “demolishing our  property.”

If the city of Santee allowed the proposed new gas station, it would hurt not only Quik Korner, but other similar businesses nearby, the Charrys and several other people said at the hearing.

Within a mile of the Kalasho business at 9015 Mission Gorge Rd., there are five other gas stations including one across the street at the 7-Eleven, and at least four other convenience stores.

Sam Charry also stated his family had an agreement with Arco to build a similar designed complex on their land, but once the pandemic hit, it all was pushed to the side.

McNelis said he was an ardent supporter of small businesses and increased competition, especially for gasoline, but there were so many variances needed for this project it gave him heartburn.

Hall said the project has generated far too many disputes, adding, “It’s a lawsuit waiting to happen.” Despite those remarks, Hall voted against McNelis’ motion to deny the permit.

In other actions, the three Councilmembers present approved a design change for an expansion at the Lantern Crest assisted living complex on Magnolia Avenue that increases an earlier permit approval by a net of 12 units.

The reduced Council also approved spending about $300,000 for a series of playground features at the public park at the Weston complex across the street from West Hills High School, and spending $621,000 for the street resurfacing of parts of Cuyamaca Street and Woodside Avenue in a contract awarded to SRM Contracting & Paving. A staff estimate for the work came in at $940,000.

santee council, the Kalasho family is nothing but trouble!!!