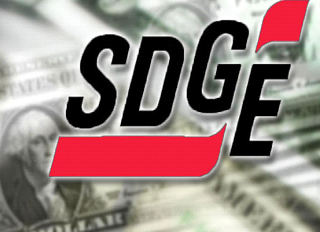 August 4, 2018 (San Diego) -- The Settlement Agreement for issues and costs related to the closure of the San Onofre Nuclear Generating Station (SONGS) is final after San Diego Gas & Electric (SDG&E), Southern California Edison (SCE) and other parties notified the California Public Utilities Commission (CPUC) that they accept the CPUC’s request to remove a provision that would have funded university-conducted greenhouse gas research.

The Settlement Agreement together with the Utility Shareholder Agreement among SDG&E, Sempra Energy, and SCE removes the remaining costs related to the SONGS closure from SDG&E customer bills. There are two elements to the reduction in SDG&E customer rates: a two-month bill decrease beginning November 1, 2018 of about $6.84 per typical residential customer per month; and a 0.9% ongoing monthly average bill reduction, which equals about $1.33 per month for a typical residential customer. Bill reductions for non-residential customers will vary depending on a number of factors. SDG&E will be reimbursed by SCE under the Utility Shareholder Agreement for those reductions, which we estimate to be approximately $160 million.

“This settlement is good for our customers and is a positive conclusion to the investigation into the original SONGS settlement and related events,” said Dan Skopec, SDG&E’s vice president of regulatory affairs.

In 2013, SCE, as the majority owner and operator of SONGS, closed the plant and began decommissioning activities.

The settlement comes after a multi-year investigation by the CPUC into the closure of SONGS and related costs. In 2014, the parties reached a settlement regarding the allocation of costs between the utilities and their customers, which was approved by the CPUC. After allegations of improper communications between SCE and the CPUC surfaced, however, the CPUC reopened the proceeding to investigate the claims and determine if the alleged communications impacted the previous settlement. No violations were alleged to have been committed by SDG&E and no penalties were assessed on SDG&E.

The Settlement Agreement and Utility Shareholder Agreement followed the reopening of the proceeding by the CPUC.

Additional information concerning this Settlement Agreement that the CPUC approved and the Utility Shareholder Agreement is available in the Current Report on Form 8-K filed by SDG&E and Sempra Energy on January 31, 2018 with the U.S. Securities and Exchange Commission. As accepted yesterday by the parties, the Settlement Agreement includes only one modification: removal of the greenhouse gas emissions reduction research program.

Thanks to everyone involved for fighting relentlessly for the ratepayers. Never the less - the consumer was stuck with a rather large bill for decommissioning San Onofre. A tactic unacceptable to begin with. Imagine any local business that goes bankrupt or whatever, which then sends the consumer (every citizen) a portion of the costs of closing down the place, including lost revenue. Outrageous!