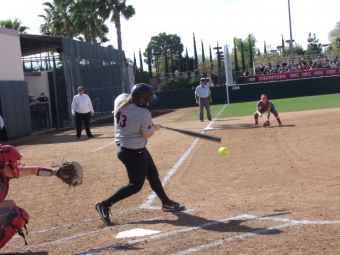 March 4, 2018 (San Diego) - San Diego State softball was originally supposed to play Boston University at 7:00 p.m. last night and ECM was supposed to cover the last game of the San Diego Classic against UCLA today, but due to scheduling changes and rain, SDSU’s only game today is against the Terriers of BU.  Freshman Cali Dolfi started on the hill for BU against sophomore Marissa Moreno for the Aztecs. 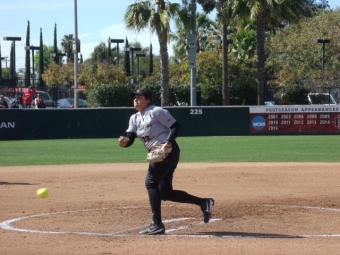 After three scoreless innings, the Terriers broke the ice first with senior Emma Wong’s blast of a triple into left center that scored senior Jilee Schanda to give BU a 1-0 lead.  The Aztecs just couldn’t figure out Dolfi, who cruised to a 1-0 win and a complete game shutout in her first outing as a starter.

With the San Diego Classic over, the Aztecs move on to yet another tournament, the Louisville Slugger Invitational, in Fullerton and Long Beach starting next weekend.  Their first matchup is against Ohio State at 1:00 p.m. on Friday.  They’ll then play these same BU Terriers at 3:30 p.m. later that day. 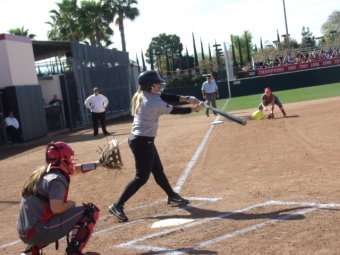