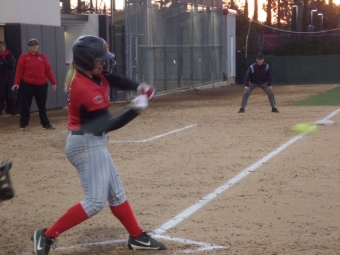 Story and photos by Liz Alper
March 13, 2019 (San Diego) - In their last non-conference game of the season, San Diego State softball hosted UC Riverside.  Junior Jacy Boles started on the hill for UCR against freshman M.J. James for the Aztecs. 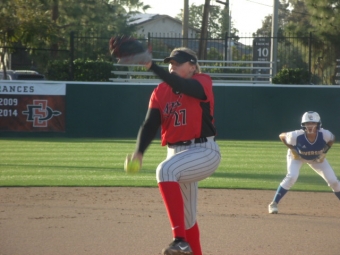 James found herself in a tough spot in the first inning.  She issued three straight walks to load the bases and her fourth walk to junior Kayla Curtan scored junior Emma Ramelot.  James was kicked out and junior Alicia Garcia took her place, but the Highlanders kept coming.  Senior Amanda Lynch delivered the big hit:  a grounder to right that scored two and the Highlanders led 3-0.

The Aztecs were able to hold the Highlanders there for a bit until the fifth inning.  Garcia issued a leadoff walk to Ramelot and senior Brittney Garcia brought her in with a grounder double to center field.  The throw home best senior catcher Molly Sturdivant at the plate and the Highlanders took a 4-0 lead. 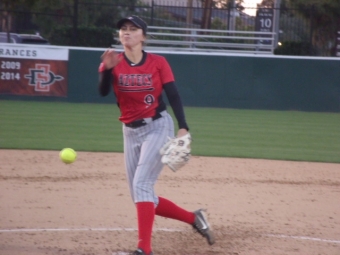 UCR loaded the bases via walks in the seventh with junior Marissa Moreno on the mound for the Aztecs.  She walked freshman Sami Demyon to bring a run home.  Lynch hit the sacrifice groundout to score another run.  The Aztecs left women stranded on base three different times, only had five hits and took their last non-conference loss by a score of 6-0.  Freshman Maddi Ayers led the Aztecs with two hits.
UP NEXT
With the non-conference portion of the season over, the Aztecs begin Mountain West play against the Lobos.  First pitch against New Mexico is set for Friday at 6:00 p.m. at SDSU Softball Stadium. 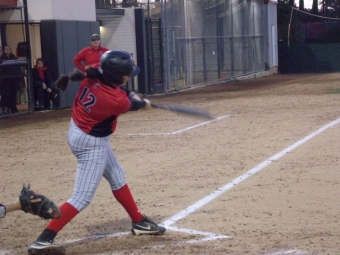 Do you want to see more coverage of SDSU softball and other SDSU sports?  Please donate to support our nonprofit sports reporting:  https://www.eastcountymagazine.org/donate
Box