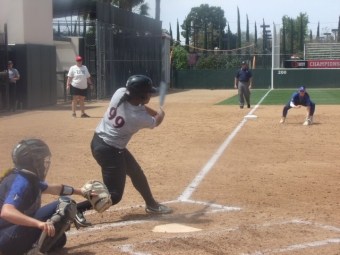 April 15, 2018 (San Diego) - San Diego State softball is even in their series with Nevada this weekend. Today was the rubber match in which they’d try to take the series.  Junior Amanda Geil started for the Wolf Pack against Aztec sophomore Marissa Moreno. 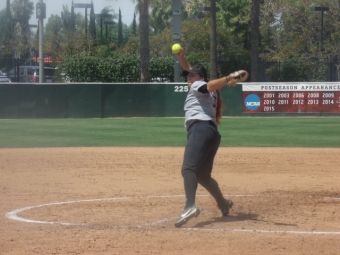 After a good inning of defensive plays by the Aztecs, Nevada sophomore Kwynn Warner ended it with a home run blast just over Senior right fielder Taylor Stewart’s glove for a 1-0 lead.

But center fielder Kiera Wright made a spectacular diving catch in the third and that gave the Aztecs the momentum they needed in the bottom of the third.  With the bases loaded, West Hills High alum Katie Byrd hit a sac groundout to put the Aztecs on the board and tie the game.  But it was the freshman Kelsey Munoz who hit the huge two-RBI double that gave the Aztecs a 3-1 lead.

Things were fine until the fifth when senior Alex Formby relieved Moreno.  Sophomore Sadaria McAlister smashed a double to right to score two Pack runners to tie the game.  Senior Aaliyah Gibson hit another double to score another run to give the Pack back their lead, 4-3. 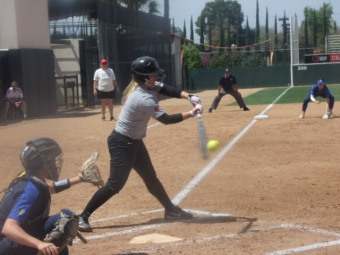 It sounded easy to overcome until the sixth when Warner hit her second home run of the day, a liner over the left field wall.  Freshman Ashley Salausa stepped up and hit an absolute blast over the right field wall and the Pack had back-to-back home runs to make it a 6-3 ballgame.  They’d carry that score to the end with great defensive plays and push the Aztecs down to a dismal 13-26 record and 4-8 in Mountain West play.

SDSU is next in action on Friday when they take a trip to Fresno to face the Bulldogs.  First pitch is at 6:00 p.m. 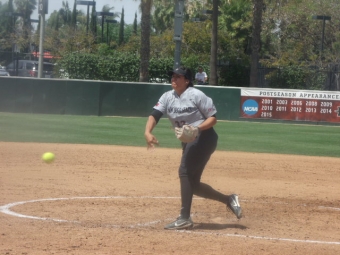