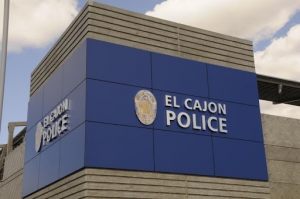 August 20, 2021 (El Cajon) – A suspect who reportedly shot and injured an employee inside Western Medical Training Center in El Cajon on August 19 later opened fire on an El Cajon Police officer seated in his patrol vehicle. The officer fired back, injuring the suspect who later died at a local hospital.

Officers responded to a report of the initial shooting in the 100 block of East Main Street around 2:13 p.m. yesterday. While some aided the victim, others searched for the suspect.  A person matching the shooting suspect’s description was spotted near the intersection of Ballard and Decker.